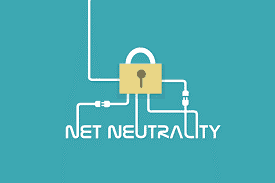 http://solent-art.co.uk/author/admin/page/2/ Net neutrality initiates a practice where all the sites, be it a big one or a small one should be treated neutral(equal). Lately with the decision given by Federal Communication Commission(FCC) it has been clear that net neutrality will be annulled. Without net neutrality ISPs(Internet Service Provider) would gain a significant control over the internet. What you as an end user wishes to browse will be under their control. With this effect, small scale companies might never win the race against giant corporations, who would pay more for faster accessibility of their sites to the ISPs. So the giant companies would buy themselves a pass and would make their way through fast lanes. Now as these giant corporations have to pay heavy duties to ISPs they will increase their cost for subscriptions which in turn will affect the end user. So it all comes back to you.

VPNShazam can indeed help you with net neutrality. When you connect to our network you gain cyber freedom i.e.; you can unblock all censored websites and bypass the ISP and governments restrictions from your home country. So once you are connected to our VPN, ISPs will not get a hint of the websites you are browsing. All they could see is just that you are connected to a VPN. If ISPs can’t observe which sites you are browsing then there is no question of blocking or throttling of sites. Even though slowing VPN is possible theoretically for ISPs, it is accompanied with a large number of challenges technically. Another way is to throttle VPN traffic completely but that would make many corporate customers unhappy who use VPN’s for their daily work. Also VPNShazam with its 700+ servers has a vast number of IPv4 and IPv6 addresses which would force ISPs to maintain a long list of servers to block, which is also a tedious task.

At last for the comfort of end users VPNShazam is trying to protect net neutrality with its services.

VPN and RDP both provides you different degrees of power. The services provided by VPN and RDP are similar, so people might get confused. Encryption and granting private access to a server miles away is done by both VPN and RDP. Comparing them could make things clear...
Read More

With many companies going virtual and offering remote opportunities, they are getting into the limelight of being attacked by hackers. Not only is their database prone to their intrusion but employees’ personal information is at risk as well. Yes, they are vulnerable...
Read More

Dear Clients, we are glad to inform you that VPNShazam has added new 2 USA VPN server. we added 2 high quality VPN servers at Seattle and Louisiana. we offer all types of VPN accounts from those two new US VPN locations (Shared, Dynamic, Dedicated and Unlimited...
Read More

Plus Points of Top VPN Services

By now, it has become quite clear in the minds of the Internet users of today that their online data are not safe and secure. Some keep on doing their online activities, knowing it very well that someone somewhere might be in wait to intercept their data and use these...
Read More

Those persons of today who have to fly frequently to a number of countries for their business or other reasons have to face a common problem. They are not able to access some sites that are blocked by the government of a particular country. Being almost addicted to...
Read More