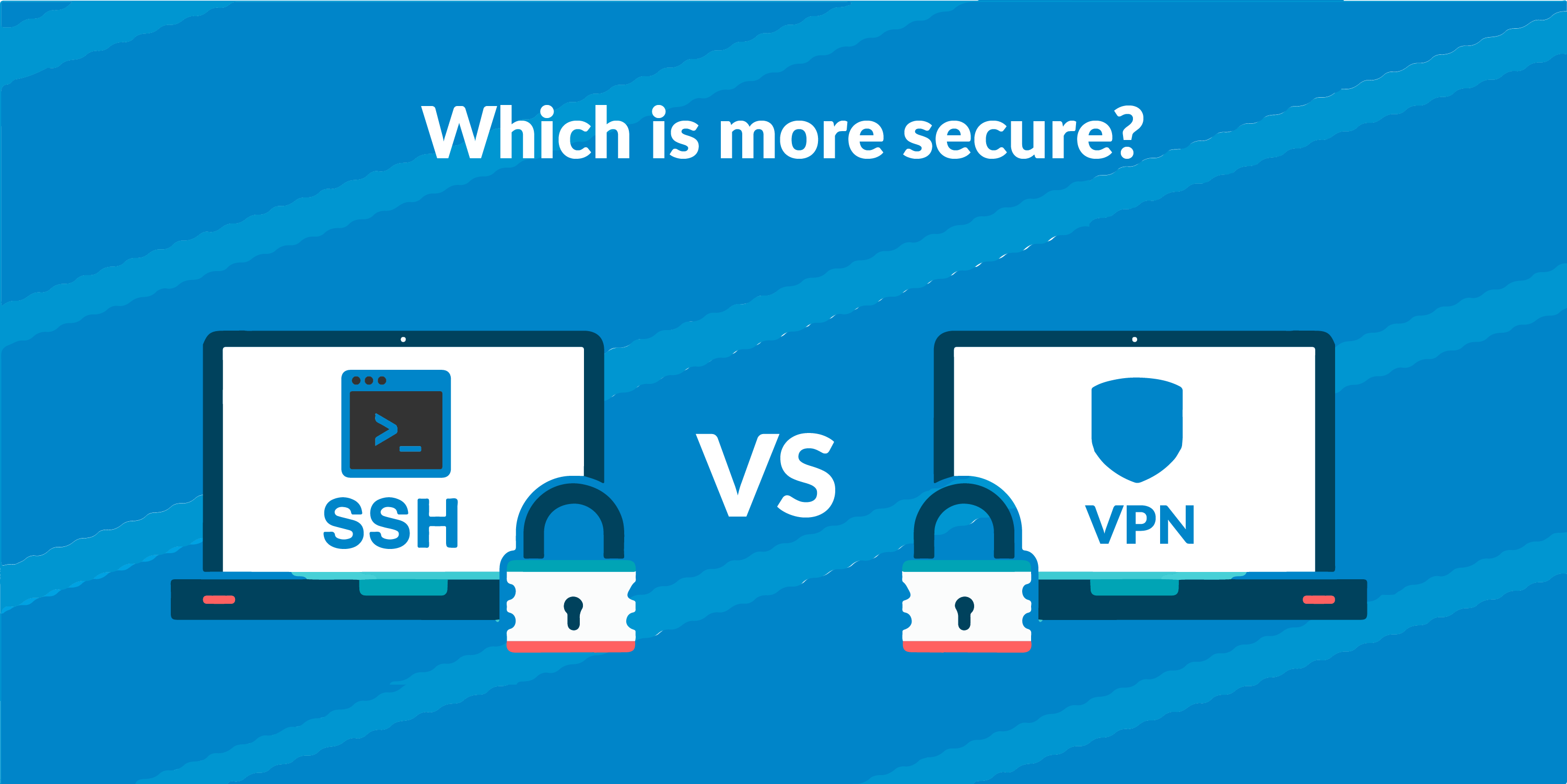 The VPN network and SSH tunnel are based on the same principle, connect to another machine through a secure channel. In this way, we can navigate easily in public places. However, there are several differences between one system and another. This article aims to compare VPN and SSH Tunnel by looking at their different aspects.

Without going into details, we can say that an SSH tunnel is the simplest form of VPN. For this reason, there are many things that we cannot do, or that will be very complex to do through a tunnel.

The acronym VPN stands for Virtual Private Network. As the name implies, it consists of creating virtual networks. They do not need extra hardware, and it is private. The traffic that circulates through the virtual network cannot be visualized by someone outside it.

While comparing VPN and SSH Tunnel, VPN is normally used in companies where workers need to access documents, databases, computers…from anywhere. However, we must ensure that this information will only be accessible to employees so that no one can intercept the communication. To achieve this, all the information that is exchanged through the virtual network travels encrypted so that only sender and receiver understand it.

At the moment, another use has been found to this type of network, to avoid the censorship. Users divert their web traffic, P2P, FTP, etc. through the VPN server.

Called by many “the VPN of the poor”, this is because the principle is the same. However, the number of possibilities is limited, although the configuration is simpler. To explain it in a simple way, we will say that this private network is limited to two machines.

From VPN and SSH Tunnel, SSH Tunnel is very versatile, so we can make secure connections with other equipment. It is often used to manage systems remotely, to transfer files or even to navigate by diverting traffic through other equipment. Remember that traffic between the two machines will always be encrypted. So it cannot be intercepted.

The biggest drawback is that, unlike in VPNs, each application must be individually configured to use the tunnel. So we cannot guarantee that all traffic flows only through it.

Which one is better to use?

VPN and SSH Tunnel are both the same things but the short answer to the question is VPN. The long answer is dependent on a variety of factors. If it is for a small company, perhaps with an SSH tunnel it is more than enough. But if we want to have everything ready for the future, it is best to start with a VPN, so if tomorrow we need something else, we will have it.

Also, if it is to connect to our personal server, transfer the odd file and browse through the home computer to avoid limitations on public sites, VPN is preferable.

VPNshazam is the best virtual private network service on the internet and is available to answer all of your queries in this regard.

Mozilla has officially released the beta version of its Firefox VPN app for Android and it is already making waves. A properly secure service from a trusted name at a super-cheap price is exactly what everyone was looking for. However, that is exactly the catch here....
Read More

Now a days, the method of sharing internet from external resources has become insecure. Many persons are facing the same problem while having access through any public network for sharing their confidential information. So, some security policies have been evolved to...
Read More

Did you know that the search operations you perform, websites that you visit, articles that you are currently reading, emails/messages you view, files which you download all these activities are being tracked by your ISP(Internet Service Provider). Yes literally...
Read More

At present, all machines need to communicate with each other. For that reason, the use of the Internet has become so fundamental for us over other technologies. However, this would never have been possible if we did not have wireless media; that is, devices capable of...
Read More

Wait time in airports is very common scenario nowadays especially if you have a connecting flight. Ample amount of time is available which tempts us to get some work done by connecting to the airport WiFi. Every airport provides a free WiFi service to its customers...
Read More