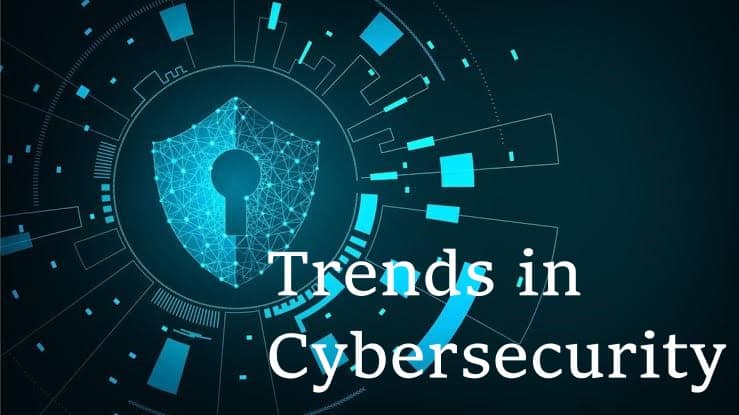 The cybersecurity is today an issue that concerns us all. Numerous cases, which ultimately always affect the user, have caused special attention to improving this important aspect. What cybersecurity trends are we going to have in the near future?

As we say, cybersecurity is an issue that worries everyone. Cases as familiar as Facebook and its controversy with Cambridge and other numerous attacks show that we must join forces to build the Internet safer.

The attack points are multiple, resulting in some of them (and that’s where the greatest vulnerability is) unknown or undervalued for the user.

And did you know for example that artificial intelligence is a new gateway for cybercriminals? It is essential to know what cybersecurity trends we are going to see in the future and what tools or solutions we can use.

Rescue malware or ransomware, which prevents users from accessing their system or their files unless they pay a ransom, seems to be in decline. It is true that we must remain vigilant and protect against this type of practice. But according to analysts, it is a trend that in 2019 has already entered decline, and will remain so soon.

Although it may seem that we are all already aware of the use of malicious applications, they are still more present than ever. Beyond websites of doubtful origin, it is sometimes possible to find harmful applications in the official stores themselves. This is due to the fact that they have been able to skip all the safety rules of these platforms.

It is not usual but the practice continues and will not disappear in the near future.

We have already indicated that artificial intelligence is just another gateway for cybercriminals as well as the so-called Internet of Things. Given that these are increasingly present in our devices, AI and IoT are potentially one of the biggest problems in terms of cybersecurity trends. It will gain strength in the coming years, as it will be used by a lot of people in the future.

It is very important of all cybersecurity trends and it points out that cyber espionage is one of the most critical threats, both now and in the future. Specifically, the emphasis is placed on hacktivism (the implementation of illegal actions on the Internet as a political tool), which is having a very relevant impact due to its vindictive links.

DDoS attacks expected to continue to increase in the future. The reasons? They are very low cost, making them very profitable for hackers of any level of experience. This type of attack can also significantly affect the reputation of a company, so it is often used repeatedly when you want to attack a company – something unfortunately much more common than you think.

An effective tool: the use of a VPN

Surely you have read these three letters many times and today you are still wondering what a VPN is. Behind this name (which is no more than the acronym for “virtual private network”) hides a service that encrypts your internet traffic and protects your online identity, being a fantastic tool to be prepared for many of the cybersecurity trends that we will meet in the near future.

VPNshazam is the best VPN service. It redirects your connection through a remote server managed by a specially configured VPN provider. It also hides your IP address and encrypts all data that is sent or received. In this way, the data is “incomprehensible” to anyone who tries to intercept it, making it impossible to read.

Got any questions? Don’t hesitate to reach out to us!

Smart VPN for Android: How it is Useful?

A Virtual Private Network or VPN enables a user to browse the Internet without any fear or security or privacy. Given the threat perception of the data and documents that the hackers of today pose in Internet, opting for it is more a compulsion than a choice. There...
Read More

How to Go For the Right SSL VPN Products

The SSL VPN Products mainly provides high level of protection to the network communications of enterprises. As currently several types of SSL VPN products are available, you have to choose the proper one which can efficiently fulfil all your needs. In the following we...
Read More

You can have an email account and be incognito

Nowadays, anonymity is something we all want. After creation of email there have been many reasons as to why hackers target and exploit the service in every way possible. One of the reasons being defects in the email protocols. Many phishing mails influenced by social...
Read More

Let’s see why you need a Desktop VPN.

Let's see why you need a Desktop VPN Nowadays devices play a key role in our day to day life. All devices have  different purpose and usage. Mobile devices have access to most of your information in sync with the cloud but usually cannot store more data themselves. On...
Read More