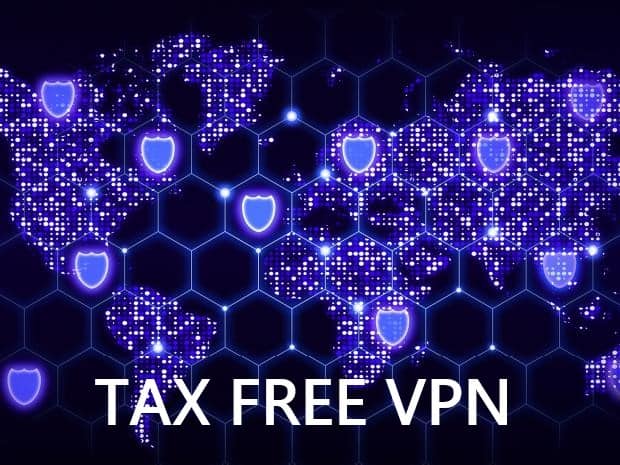 A Virtual Private Network is a type of secure internet connection, that creates a channel between the system of the user and the server that is externally used to access the information on the internet. It ensures privacy and provide security. The Network allows the user to select any server throughout the world. Even if a server is available in specific regional areas, it will allow the user to access it by disabling the local regional blocks. Hence, if summarized, there is no censorship on the VPN. But, this is what you already know. In this article, we will discuss Tax Free VPN.

VPNshazam is a tax free VPN that allows you to connect to any website in the world even if that is not accessible in your region. There are many countries that imposes taxes on accessing certain sites and internet data. For instance, the government of Uganda imposed a tax of almost 0.054$ per day on accessing social media sites including WhatsApp, Facebook, Twitter, etc., which equals almost 19.5$ per annum. It may not seem too much, but over 25 % of Uganda population earns only 1.25$ per day.

A VPN connection also let them access the sites without paying the social media tax as no data of accessing the social media sites is available to the government to impose tax. VPNshazam offer plan much cheaper than the taxes imposed. Also, the user can pay the plan amount without paying the government-imposed tax on the amount of plan using the VPN connection again. The user has to pay for the plan only and enjoy the tax free VPN.

In normal circumstances, the data on the user’s computer flows through the server usually from telephone company or other network providing companies, where it flows into the Internet Service Provider and let the user access the information that is available on the internet. But when the user is on a VPN connection, the data on the internet is accessed by using secure mobile server, to which only the users and the managers have access to.

There is no telephone company, or the Internet Service Provider involved in the process, so the information is secured. This also cut-off the cybercriminals, censorship bodies from government or agencies and data thieves. Hence, the data accessed during a session will not be monitored by anyone. Only the VPN provider and you have the access to the data. VPNshazam is a tax free VPN and do not save any kind of logs or archive data on its server and provide full privacy and security to its users.

So when it comes to choosing a VPN, there are a lot of connections to consider. There are companies offering free as well as paid plans for a VPN connection. While selecting a VPN, do check if they charge any tax. There are many companies that do offer a VPN but charge you a heavy tax. It always worth the money you are spending for the VPN. VPNshazam never compromise on the privacy and security of the user and offer a tax free VPN to everyone.

Don’t hesitate to reach out to us in case of any query!

What Kind of Performance Issues Does VPN Raise

Being solely based on the complex information technology, it is not awkward thing that any kind of performance issue may raise with the VPN. The most common technical problems which usually arise in the VPN connection are described in brief in the following. File...
Read More

The Best Anonymous VPN services of 2016

Among the numerous VPN services which are existing now a days, choosing the best anonymous services may be seemed as a tough job as it requires knowledge about the performance of the specific VPN service providers. In this article, we are going to list some of the top...
Read More

The Ultimate Guide to VPN for Canada

Due to the immense advancement of the information technology, VPN is abundantly used in different regions of the entire world. Canada is also not the exception of the same. Either being a resident as well as a visitor of Canada if you want to use VPN, then this...
Read More